Today is Mother’s Day.  Apropos of nothing.  It still hurts.  There is still nothing i can do about it.  A friend posted this at FB for me, tho.  I thought it very sweet. 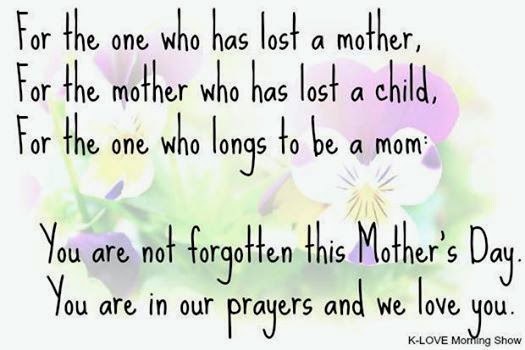 My SIL got a very fancy book of her wedding pics.  I was really hoping there would be one of Duane and me.  We walked down the isle together and i was hoping that we'd have a good pic of us together together. 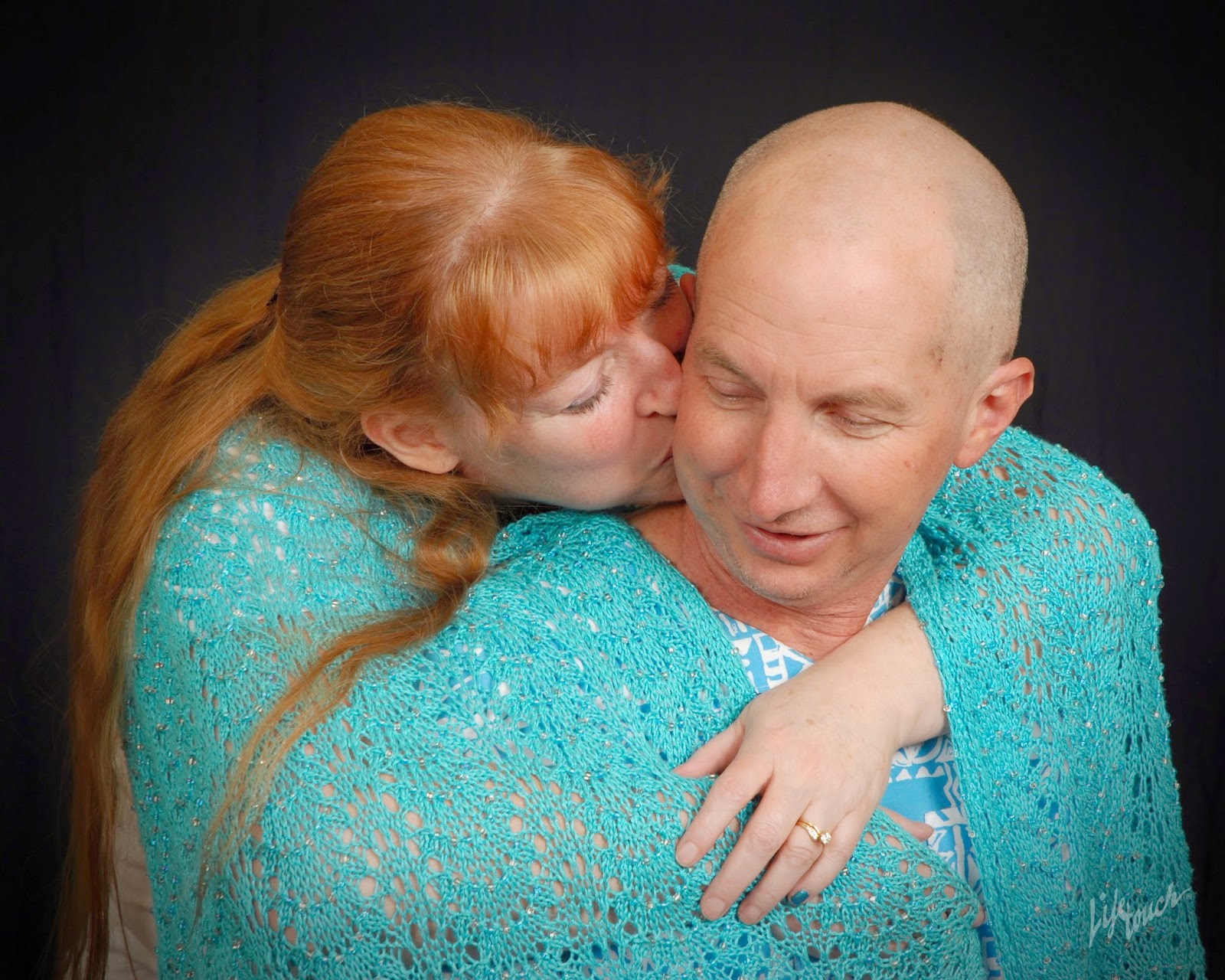 (So here is my favorite from the photo shoot at church for the Church Directory.  No, this isn't the directory pic.)

Actually, there are almost no pics of me at all from that wedding.  Which, frankly, is a good thing.  I'm in a few pics, and in every one i look very grim.  I hated that wedding, i hated being part of it, i was uncomfortable nearly every minute of the whole time.  I was just trying to endure it, and my face showed it in the few pics i'm part of.  I thought that as time passed the feeling would pass, too, but it has not.

Agatha Christie wrote a book in the 70s called "The Mirror Cracked."  The title is from a poem called "The Lady of Shalott."  But the premise behind the book is a lady, very kind, well-meaning lady, who never reads other people.  She would do what she considered the right thing to do, never considering the wants/needs/ desires of the other person.  In the book this gets her killed.

I find my SIL very much like that.  She is never unkind.  She is gentle.  But she never considers what other people might want or think.  The whole wedding was that way.  She was NEVER unkind, purposefully.  She was not a "Bridezilla" in any way.  But the comfort of anyone else was never considered (i could go on about this for a long time).

This week she and BIL and nephew were at my IL's house.  She started laundry at 6.15 in the AM - in the room right next to us.  It is loud. I know perfectly well that if i would mention it to her, her response would be entirely puzzled, and a bit apologetic.  "Oh, did that wake you?  I'm sorry."  But saying anything to her will never make a difference.  She might think to wait a day, or do it in the evening another time, but she might not.  And making her aware of it now will never change her behavior for something similar in the future.  She simply never considers another person when she makes decisions.

I want to care for her - for Duane's brother, for his brother's step-son, but i find it really hard.  They are making a lot of choices that are going to cost them a LOT in the future (like watching a train-wreck about to happen and being able to do nothing to stop it).  I find that there is nothing i can do to help or make a difference.  It hurts me now, it will hurt in the future, and i can't stop it.  They don't want to hear about it.  Caring is costing far too much.
------------------------
I saw a new doc a week ago.  I found it difficult.  I was nervous and not communicating well.  He recommended some tests and treatment that i can't possibly do; we simply don't have the money to do them.  I was feeling despair as i felt he wasn't going to recommend anything at all.  I've been steadily getting worse in the past few months and i'm almost desperate to do something to help me improve.

He then said he could recommend something similar to the expensive one, but that it would not work as quickly, and that it wasn't as "aggressive."  My response was that, frankly, given my current functioning, i don't think my body could handle aggressive treatment anyway.  So i bought the supplements.

It didn't feel like they were making a difference.  The last time i had a good reaction, it was like a rocket-ship taking off, and the crash was like that, too.  I think they are making a difference, but so slowly i wasn't really aware of it.  Wed. night a mama in my knit group brought her baby.  She's a sweet thing and i had so much fun with her.  She only weighs 13 pounds, but i was able to play with her much longer than i was able to handle Duane's cousins' baby (weighing about the same) last fall.  I was very, very tired the next day, but i recovered.  Then i had one of my girls here Friday and i was able to work much of the afternoon with her.  And on Sat. we had folks over for dinner and i did quite a lot then, too.  Now i've rested most of today, but this is an improvement.  A month ago just one of those things would have worn me out in about 1/2 hour and i would have had to spend a lot of time recovering.