We had snow last weekend, and i was quite worried for our trees, especially the apple, but it seems to have survived and we have a loot of blooms on it.  Hopefully we will have apples again this year. 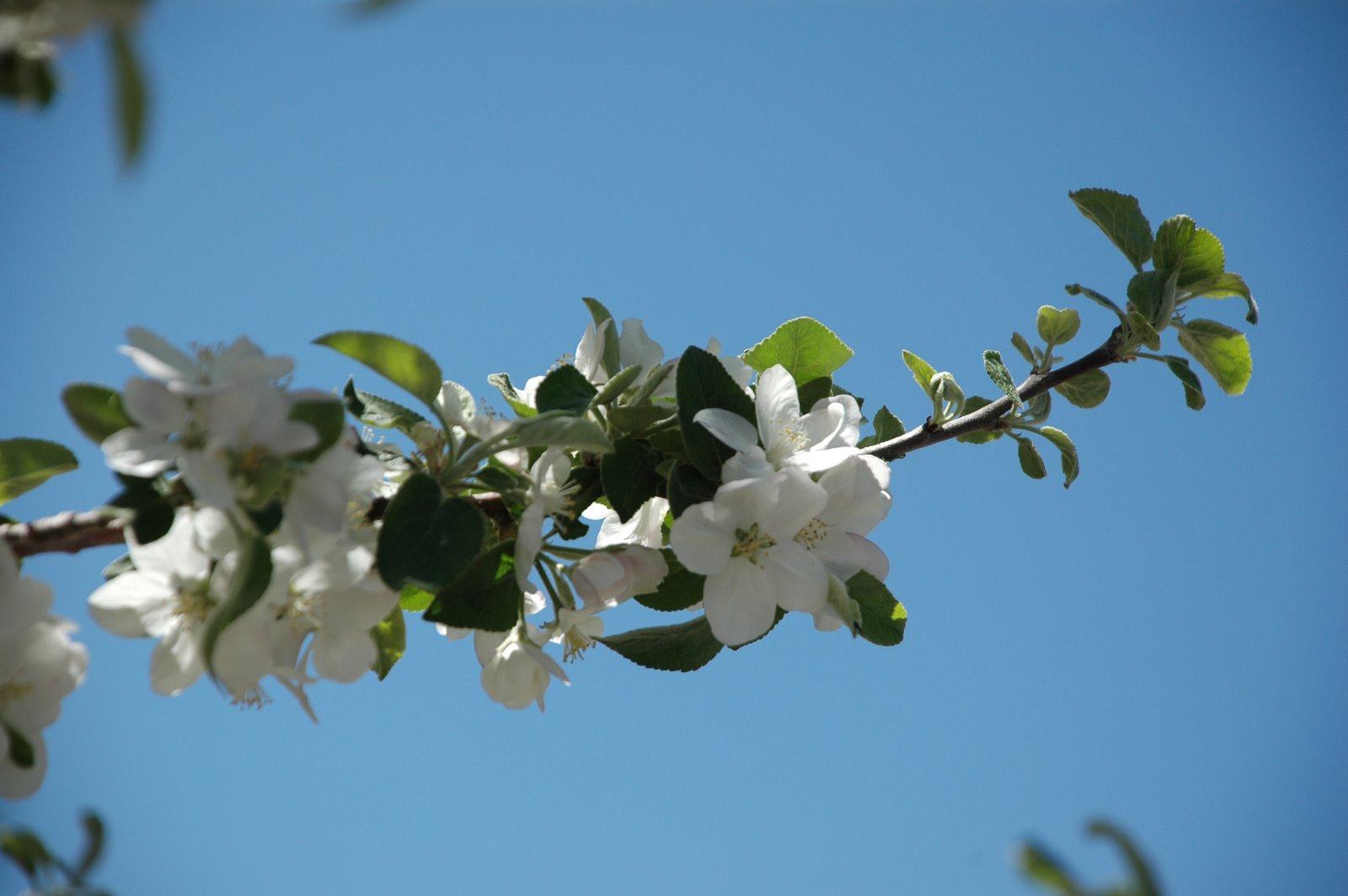 The past 12 months have been unusual for the mountains.  We are having a second year of early, very warm spring.  But not as warm as down the hill!  I just saw a post that Costa Mesa is 95F.  That is summer weather, and we are just barely into May.  It was quite hot when we were down this week.  I found it difficult to tolerate.

i had been trying to be "dairy free" for a couple of weeks the end of April.  I found it a trial.  I know several friends who have improved being both dairy- and gluten/grain- free.  I manage the grains okay (usually, i cheat from time to time), but i find no cheese, butter, and cream a real challenge.  I'm not much of a "foodie."  I have certain things i like, of course, but i don't live to eat and would be pretty happy if i could manage, somehow, by being anorexic for the rest of my life.

Which means, since i strongly believe that regaining my health and maintaining Duane's begins in the kitchen, i have to fight my natural inclinations when it comes to food.

Still i see, every day, new reminders on Facebook of how well most people do with the Wheat Belly diet (which is largely grain- and sugar- free), and i see none of those benefits for me.  Well, that is not entirely true.  I have much less pain and almost no migraines these days, so i do benefit, but i was not seeing the weight loss i so dearly want.  Dairy-free was suggested to me as the next step.  I found it difficult, and it is my opinion, if you have to eat it just is not worth it without (healthy) dairy - butter, cream, cheese.

I think i may have lost a couple of pounds while dairy-free, because my "set weight" now for a while has been 172-174 lbs, and nothing much seems to change that.  I didn't weigh myself doing dairy free, but my first day of this new thing my weight was lower than it has been in a while. 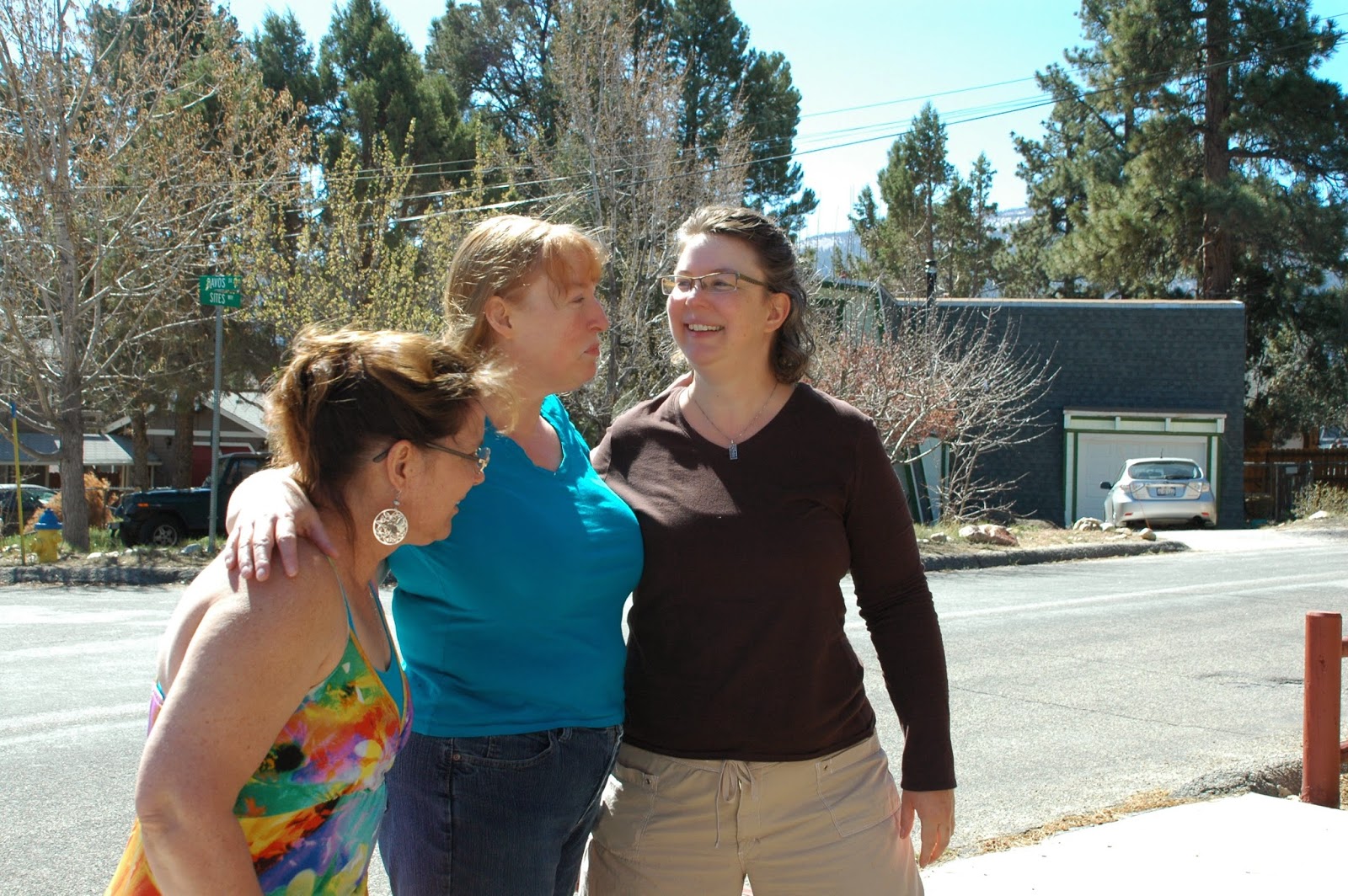 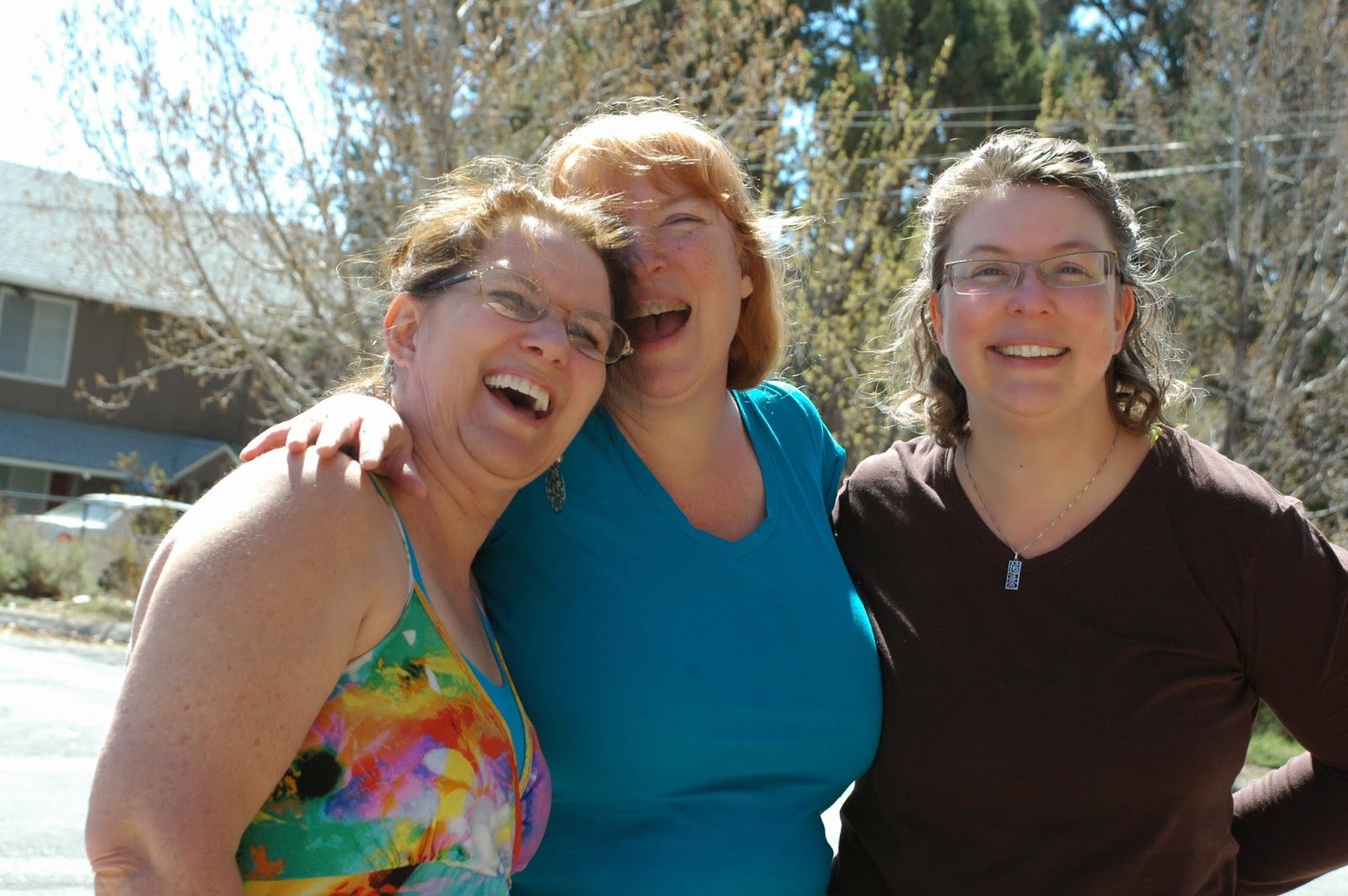 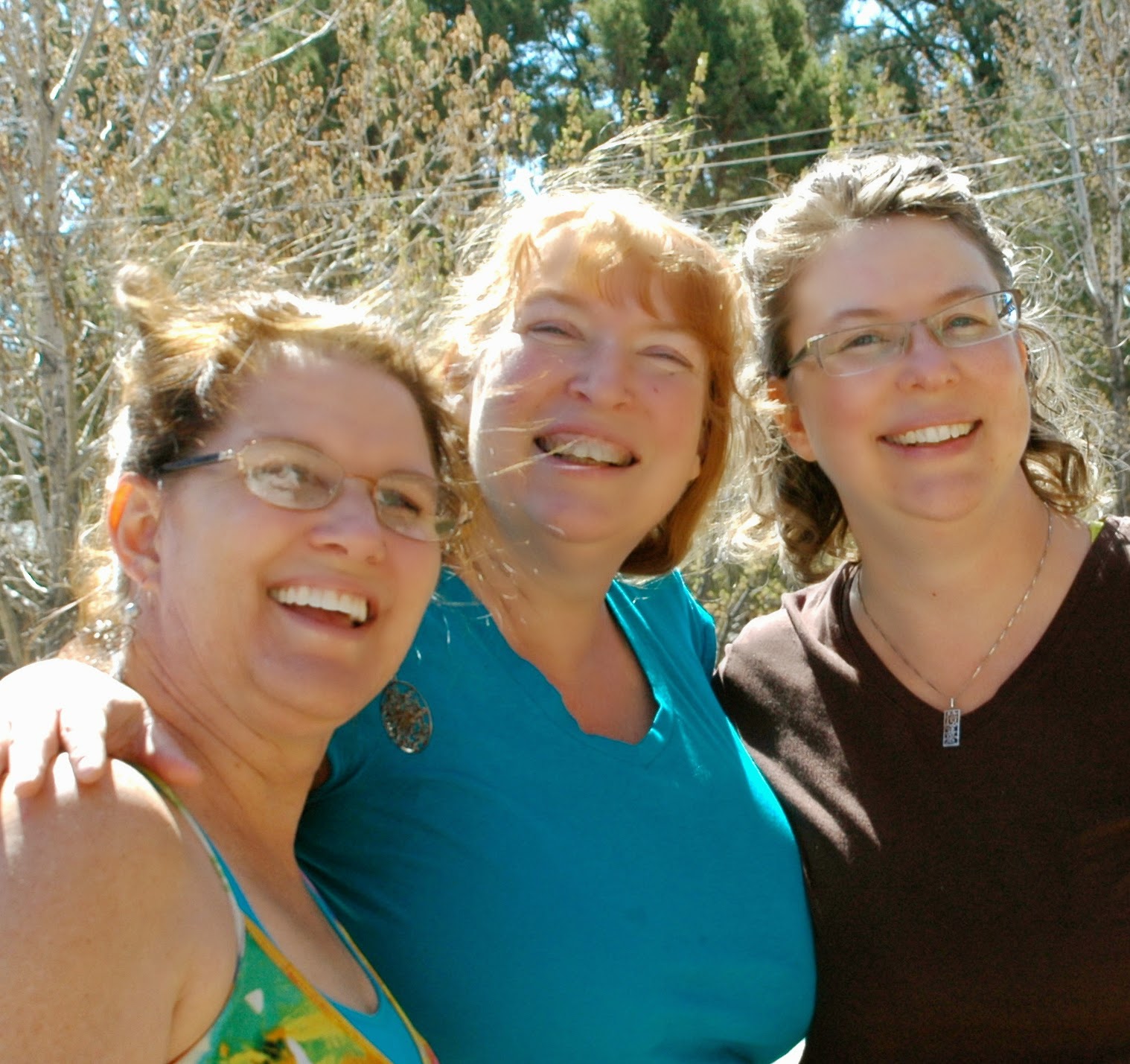 This is me, with my two sisters, in early April, right before i started the dairy-free torture.

But last week i began an new program called, The Plan, by Lyn-Genet Recitas.  It seems to be an elimination program of sorts.  The underlying idea is that each person has different things to which their bodies react.  Poor reactions lead to inflammation in the body, which means the body retains weight.  In fact, she says that "healthy food" like oatmeal, salmon, and Greek yogurt are some of the foods to which most (not all) people react.  Learning which foods cause reaction and eliminating them can help facilitate weight loss.  After a period of time (3 to 6 months), you can try re-introducing things to which you reacted to see if your body has healed and will now accept it.

I did follow it pretty strictly for the first 3 days, which is the "detox" phase.  I did feel a little like i was detoxing - achey and a bit like i had mild flu.  I also did not - at all - like my food choices.  At one point about the third day, i was thinking if i had the choice to eat like that for the rest of my life and feel better, or be sick and not eat that, it would be a really hard choice.

But i did find that i liked a couple of things when i was able to add things back in.  First off, one of the big majors is a toasted flax seed.  I do not like it as a "cereal" for breakfast - i don't eat cereal.  But i DO like it added to salads some or eaten like a toasted cracker.  Second, i found that blueberries and soft goat cheese are quite nice together.

As i said, i'm not following the plan now - her suggestions for meals and what to "test" each day.  However, i'm following the plan in theory - eating only what i've already shown to work for me, and testing something new each day or every other day.  And so far it seems to be working, even tho i'm not following HER plan.  (She discourages what i'm doing because she says her meal plans are properly balanced.)

I disagree with her on quite a lot of things.  I won't be adding grains.  I did one day of rice, and it was a mistake.  Anytime her advices disagrees with Wheat Belly, i'll go with WB/Dr. Davis.  She is also really down on salt.  Her recommendation follows the RDA.  I agree that processed food contains far too much processed/white salt.  BUT sea salt or other unprocessed salts are much healthier.  Also, if a person is getting proper nutrition with balanced amounts of salt/sodium, potassium, magnesium, and much more then salt intake isn't such a problem.

Anyway, i'm giving it a try!

I also saw new doc this week, but i'll save it for another time.